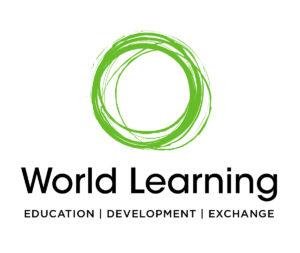 Founded in 1932 as The Experiment in International Living, the organization that would later become World Learning was inspired by Dr. Donald Watt’s simple idea to improve understanding across cultures and nations by sending US students abroad to expand their worldviews. Watt, a former personnel director at Syracuse University, believed that instead of seeing themselves and their foreign peers as belonging to separate “categories,” these young Americans could “walk across differences,” build friendships, and lead the way to mutual understanding and respect between cultures and countries.

The first Experiment group departed New York City in June 1932 on a ship bound for Germany. The 23 students on board became trailblazers for the thousands who have followed in their footsteps. These students returned home with a transformed outlook on the world and new lifelong leadership and communication skills to empathize and collaborate with others. The Experiment became the first program to offer “homestays,” in which American students were paired with host families, allowing them unique and authentic insight into the real lives of the people and communities that they would call home for the duration of their Experiments.

Building Critical Skills
After World War II, a need for the values, knowledge, and skills instilled in Experimenters became even more significant. When the Peace Corps was created in 1961 and Sargent Shriver was tapped by President Kennedy to serve as its first director, he drew upon his experience decades earlier as one of the first Experimenters. This fostered a special bond between the two organizations, and The Experiment soon began to apply its teaching methods to train Peace Corps volunteers prior to their deployments, emphasizing cultural nuances and culture shock preparedness. In 1964, The Experiment founded the School for International Training (now SIT Graduate Institute) to educate returning Peace Corps volunteers to channel their new knowledge, priorities, and skills in ways that would impact society and advance meaningful change around the world.

Applying Action to Learning in Communities around the World
As more students began to travel to developing countries, many witnessed the impact of refugee crises, poverty, and conflict, and began to help. After 60 years as The Experiment in International Living, the organization changed its name to World Learning in 1992, which reflected its growing leadership role in international development, language training, exchange, and higher education.

World Learning Today: Global Impact
World Learning envisions a just world driven by engaged citizens and thriving communities. For more than 80 years, its programs have changed the lives of tens of thousands of people in the United States and abroad. Today, it advances leadership in more than 60 countries, providing education, exchange, and development programs that empower people and strengthen institutions. World Learning is on the ground in developing countries worldwide, working with AIDS orphans, trafficked children, women’s groups, and others, to build local capacity for change. The Experiment in International Living remains a key program within World Learning’s platform, and offers immersive cross-cultural exchanges to high school students. Today, SIT Graduate Institute offers a robust set of graduate and continuing education programs designed to meet the pressing need for trained professionals with the skills to address global issues.