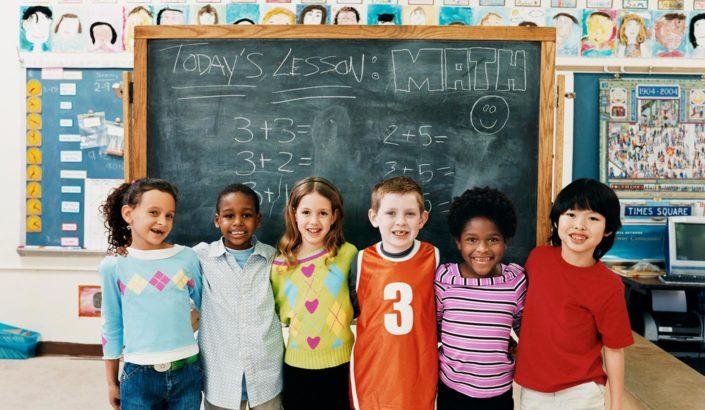 Amid Congressional Stalemates, Bipartisan “Education for All” Act Gains Momentum

Washington D.C. - On the heels of First Lady Michelle Obama’s visit to South Africa to discuss, among other development issues, education for girls, and Secretary of State Hillary Clinton’s vocal support of UNESCO’s female education initiatives, the Global Campaign for Education- U.S. (GCE-US) today announced its strong support for the Education for All Act of 2011, introduced by Congresswoman Nita Lowey (D-NY) and Congressman Dave Reichert (R-WA). The bill would ensure that the U.S. provides the resources and leadership necessary to contribute to a successful international effort to provide all children with a quality basic education.

“GCE-US applauds Congresswoman Lowey and Congressman Reichert for their unwavering leadership on behalf of nearly 70 million children globally that do not have access to a quality education,” said GCE-US Director Joanna Kuebler. “Despite evidence that shows how investing in basic education is among the most cost effective ways we can utilize our foreign aid dollars, global education is not the foreign policy priority it needs to be. Investing in global education isn’t just the right thing to do, it is the smart thing, and this bill underscores that important point.”

Under the Act, the U.S. would assist governments, NGOs, and multilateral organizations to strengthen the educational systems in developing countries, ensuring access for all children-including girls, children affected by conflict, and otherwise marginalized groups; and would establish quality standards to be monitored and measured against. The Act would also call on the U.S. to support a multilateral education initiative that would help ensure transparency, mutual accountability and predictable, long-term funding.

“Educated societies are healthier and more stable societies,” said Lowey.  “Helping provide the resources and leadership to ensure all children have access to education is among the wisest investments we can make to promote security around the world.  I am pleased to work with Congressman Reichert and GCE-US to make clear that investing in global education pays dividends in health, economic security, and stability around the world.”

“Providing access to a basic education to all the world’s children is the responsibility of each generation and fundamental to our security priorities.  Humanity is capable of great things if we can achieve this goal,” said Reichert.  “The Education for All Act would enable millions of children to attend school, close the global gender gap in education, and help war-torn regions heal to build a more promising future.  Amid violence, strife, and poverty, education is an equalizing force.  I am proud to continue to enthusiastically support this bipartisan effort to improve education both at home and abroad.”

“Congress may not see eye to eye on the debt ceiling, but both parties can agree on the importance of investing in education in developing nations,” said Kuebler of the bill’s bipartisan support. “Education provides a way for millions to escape poverty, disease and conflict, which helps stabilize the global economy and community.”

Studies show that education can reduce the risk of HIV/AIDS transmission by disseminating information about prevention and treatment to the wider community. Worldwide, it is estimated that 700,000 HIV cases could be prevented each year if all children received a primary education.

Education also helps mitigate conflict. Although more than half of the world’s out-of-school children live in fragile and conflict-affected states, less than half of basic education funding is directed to these states; and every additional year of schooling reduces an adolescent boy’s risk of becoming involved in conflict by 20 percent.

At last week’s first-ever White House Twitter Town Hall, President Obama emphasized the importance of foreign aid. Responding to a question regarding the merits of foreign aid in times of financial crisis, Obama said, “It’s a force multiplier and it’s something that, even in tough fiscal times, America needs to continue to do as part of our role as a global leader.” He explained that it’s smart to invest in foreign aid “to help stabilize countries and create opportunity for people so that they don’t breed terrorists or create huge refugee flows.”

Study after study confirms the “multiplier” factor of education within foreign aid funding. A report on education and food security shows that high rates of primary education are correlated with lower rates of food insecurity. Studies examining developed and developing countries show that farmers with higher levels of education produce more crops because they are more likely to adopt innovative technologies than a farmer with little to no education. In fact, just four years of primary schooling can boost a farmers’ productivity by nearly 9 percent.

“GCE-US is proud today to stand with Congressman Reichert and Congresswoman Lowey to support the Education for All Act. Now is the time for Congress and the Administration to work together to make education a development priority,” said Kuebler.

The EFA Act is supported by GCE-US members including: