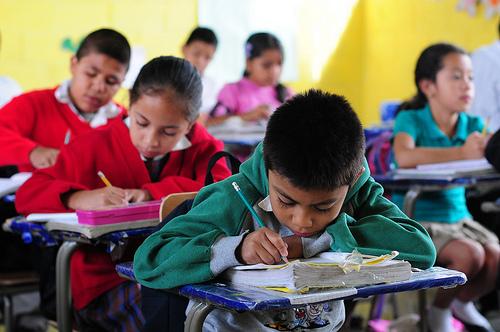 “During last night’s State of the Union Address, President Barack Obama rightly focused on the importance of creating jobs, reducing spending, and ensuring our nation’s security. The Global Campaign for Education, U.S. (GCE-US) applauds the president for articulating the critical tie between investing in education and promoting economic growth.

“However, White House actions of late has GCE-US deeply concerned about the direction of the president’s foreign policy agenda. President Obama has chosen not to make education a global development priority ‘anytime in the near future’ according to White House officials during a recent meeting in Washington.

“It is for the very reason of economic development - both at home and abroad - that GCE-US implores the president to reverse his decision not to make education a global development priority. Nearly 70 million children do not have access to a quality basic education - failing to invest in them means critical foreign policy missteps today that will result in costly repercussions over the next several decades.

“U.S. Education Secretary Arne Duncan recently wrote,‘...enhancing educational achievement and economic viability—at home and abroad—is more a win-win game, one with enormous benefits for the world and for the United States…education has immeasurable power to promote growth and stability around the world.’

“Last night, President Obama cautioned against cutting spending at the cost of education. He said, ‘Cutting the deficit by gutting our investments in innovation and education is like lightening an overloaded airplane by removing its engine. It may feel like you’re flying high at first, but it won’t take long before you’ll feel the impact.’ Mr. President, we could not agree more. Cutting education investments at home - and abroad - is just bad policy

“We know the facts. One extra year of education increases a person’s wages approximately 10 percent. Worldwide, 700,000 HIV cases could be prevented each year if all children received a primary education. Every additional year of schooling reduces an adolescent boy’s risk of becoming involved in conflict by 20 percent.

“Making education a foreign policy priority is critical if we are to realize a robust economic recovery at home and around the world. Investing in quality basic education is essential if we are to ensure cost effective use of our foreign aid dollars. Ensuring access to a quality education is foundational in promoting our global security efforts. We can either invest effectively today, or we can pay dearly for generations to come.”

Speak out and let the President know that education must be a foreign policy priority! Click here to add your voice and sign a Petition to President Obama.