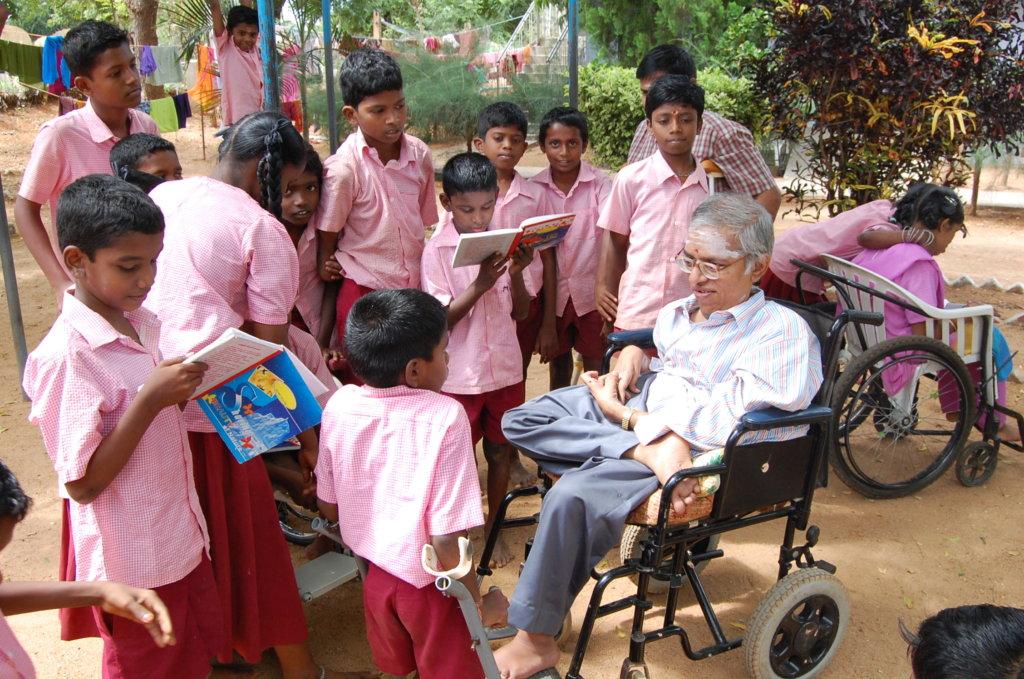 Letter sent to President Obama Highlights Promises Made and Underscores Need for U.S. Leadership on Education for All

Washington D.C. – A letter signed by more than 40 local, state, and federal leaders, and education advocates was sent to President Barack Obama today calling on him to attend the heads of state summit on global education in South Africa scheduled to take place this month. The letter also called on President Obama to make good on past promises to bolster U.S. leadership on universal education.

“From community leaders to elected officials, from Florida to Colorado, Americans recognize that ensuring access to basic education for every child is essential to strengthening our global security, economic and health care initiatives.” said Joanna Kuebler, director of the U.S. Chapter of the Global Campaign for Education. “The letter sent to President Obama today urges him to fulfill his past promises and take a leadership role on this critically important issue.”

Today, 72 million children around the world do not have access to quality basic education – more than half of them are girls. During his campaign in 2008, President Obama pledged $2 billion for a Global Fund for Education. In his first address to the UN General Assembly last September, President Obama reaffirmed the U.S. commitment to the Millennium Development Goals (MDGs), a set of eight internationally agreed-upon goals to halve extreme poverty by 2015. He also pledged to attend the 2010 UN Summit on the MDGs this coming September with a plan to achieve the goals that include full primary education for all children and equal educational opportunities for girls at all levels. The heads of state education summit in South Africa is the last opportunity for world leaders to gather ahead of the MDG summit in September.

South Africa is hosting soccer’s quadrennial World Cup tournament from June 11 to July 11. The official message of this World Cup is “1GOAL: Education for All,” a message that is likely to reach three billion people.

In April, Congresswoman Nita Lowey (D-NY) introduced the Education for All Act of 2010, a bipartisan bill also sponsored by Congressman Dave Reichert (R-WA). The EFA Act provides a roadmap to create a Global Fund for Education, a transparent, accountable, and independent, multilateral education initiative to increase and improve the impact of international aid for education. The act lays out measures to increase access to education, improve the quality of education, and build capacity and ownership for education in developing countries through a collaborative, multilateral approach. It also creates an Education for All Coordinator who will oversee and carry out associated policies, ensure coordination with the U.S. Government, NGOs and international partners, and convene an annual meeting to evaluate progress.

Studies have shown that education has major social, economic, and security benefits across a wide range of indicators. A child born to an educated mother is nearly twice as likely to survive to the age of five as a child born to an uneducated mother. HIV/AIDS infection rates are halved among young people who finish primary school. A person’s earnings increase by 10 percent for each year of schooling they receive, translating to a 1 percent annual increase in GDP if good quality education is offered to the entire population. Every year of schooling decreases a male’s chance of engaging in violent conflict by 20 percent.

****ATTENTION EDITORS, PLEASE FIND BELOW A COPY OF THE LETTER TO PRESIDENT OBAMA

President Jacob Zuma plans to hold a global education summit during the World Cup this June in Johannesburg, South Africa. This summit will afford the world’s leaders a critical opportunity to highlight challenges and accelerate achievements in the global education sector.

In 2008, as a presidential candidate speaking at the Clinton Global Initiative, you pledged $2 billion for a global education fund to provide every child the opportunity to go to school. In your first address to the UN General Assembly last September, you reaffirmed the U.S. commitment to the Millennium Development Goals (MDGs), a set of eight internationally agreed-upon goals to halve extreme poverty by 2015. You also pledged to attend the 2010 UN Heads of State Summit on the MDGs this coming September with a plan to achieve the MDGs – goals that include full primary education for all children and equal educational opportunities for girls and boys at all levels.

2010 is the year to bring these promises on global education to fruition by providing the U.S. leadership necessary to catalyze global support for a bold international response.  2010 is the year for the U.S. to lead the way toward a new multilateral global education initiative that increases global funding commitments, improves coordination among donors and national governments, and ensures mutual accountability to deliver results: every child should be in school learning. U.S. leadership is essential to securing this new way forward.

As you know, South Africa is hosting soccer’s quadrennial World Cup from June 11 through July 11. The official message of this World Cup is “1GOAL: Education for All,” a message that is likely to reach three billion people. Leaders from around the globe will gather to make significant strides toward ensuring access to quality basic education. It is imperative that the U.S. take a leadership role in this event, which is why we are asking you to attend.

Thank you for your continued leadership on behalf of the world’s most vulnerable children.

David Gartner
Fellow and Co-Director, Center for Universal Education at the Brookings Institution