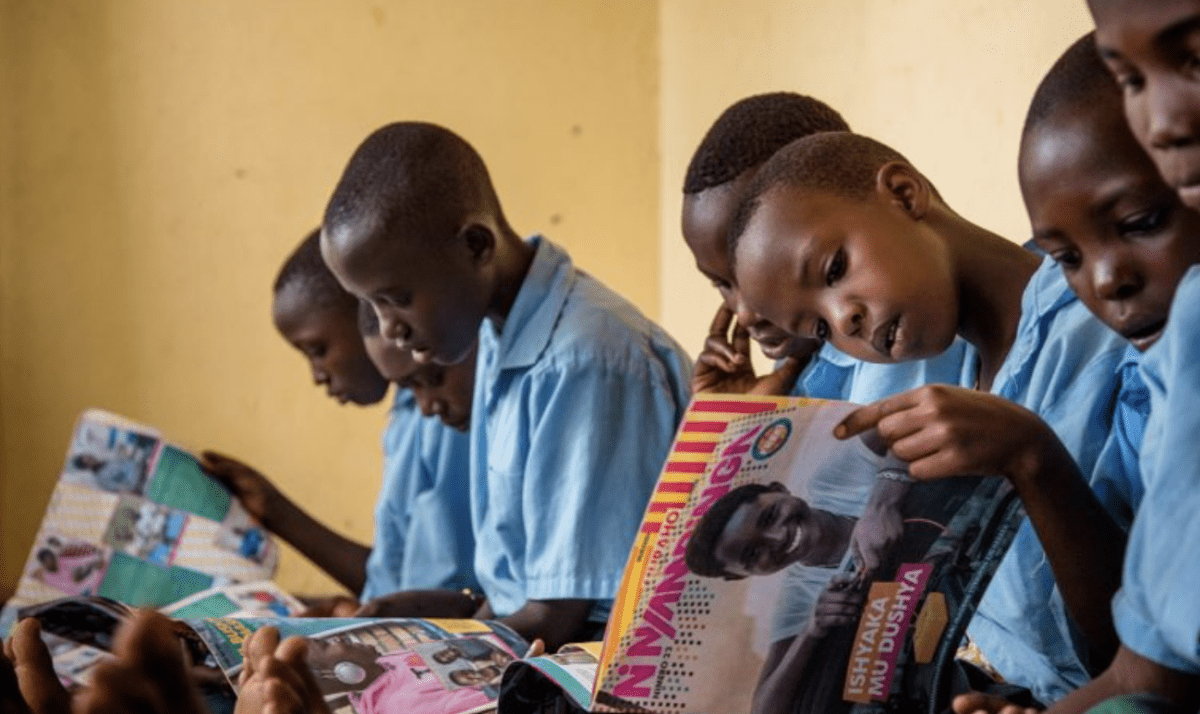 Washington, DC, September 12, 2017 — The READ Act, legislation that will help millions of vulnerable children and youth around the world access quality education, has been signed into law.

Congress passed the Reinforcing Education Accountability in Development (READ) Act of 2017, bipartisan legislation to accelerate the impact of education programs around the world. The READ Act was led by Congresswoman Nita Lowey (D-NY), Congressman Dave Reichert (R-WA), Senator Marco Rubio (R-FL) and Senator Richard Durbin (D-IL). It was signed into law on September 8, 2017, and announced today.

“Thank you to Congresswoman Nita Lowey, Congressman Dave Reichert, Senator Marco Rubio, Senator Richard Durbin, and to all policymakers, advocates, and organizations who worked tirelessly to pass the READ Act, for your leadership and support of vulnerable children and youth around the world,” said Jennifer Rigg, Global Campaign for Education – US Executive Director. “This is a huge step forward to ensure quality education for all. At the Global Campaign for Education – US, we applaud the bipartisan support for the READ Act and encourage full funding of international basic education and foreign aid.”

“Without a doubt, education is the greatest force multiplier in foreign aid. The READ Act will enhance our global education efforts, removing barriers to education for those out of school and improving the quality of education for those already enrolled,” said Congresswoman Lowey. “Prioritizing education around the world will not only help students learn to read and write—it will ultimately help protect vulnerable communities from hunger and disease and increase economic advancement, particularly for girls and women. Simply put, by putting education at the center of our efforts, this bill moves us further down the path to building the world we want for ourselves and for future generations. This is a tremendous bipartisan achievement, and I thank my colleagues for their hard work to send this critical legislation to the president’s desk.”

“The expression ‘knowledge is power’ knows no borders or backgrounds,” said Congressman Reichert. “By giving young people in impoverished regions the tools to read and write, we will put them down a positive path where they are better able to care for themselves, the needs of their families, and their communities. The opportunity for a basic education will also help these children live longer, healthier lives and will promote stability in areas of the world suffering from conflict. I have been a longtime champion of the READ Act and could not be more pleased to see this bill get across the finish line.”

“The READ Act will empower millions of children around the world, particularly girls, by increasing their access to basic education and reducing their vulnerability to poverty, abuse, and extremism,” said Senator Rubio. “I commend President Trump for signing into law this important bill that will advance American interests and values by helping children around the world reach their full potential.”

“Passage of the READ Act will help provide children, particularly girls, with a quality education and empower them to improve the lives of their families and change the course of nations,” said Senator Durbin. “This bipartisan achievement will help unleash the potential of children across the globe and arm them with the necessary tools to break the cycles of poverty, violence, and extremism.”

The READ Act, which had passed both chambers earlier this year, later became the legislative vehicle for emergency supplemental funding for disaster relief, a short term continuing resolution funding the government, and a debt ceiling increase. The bill, originally titled the Education for All Act, was first introduced in 2004. The Global Campaign for Education – US has worked with Congress and coalition members on elements of this legislation for over a decade.

Specifically, the READ Act calls for:

Please thank your Members of Congress for supporting education for vulnerable children and youth around the world!